Want to meet our training staff? 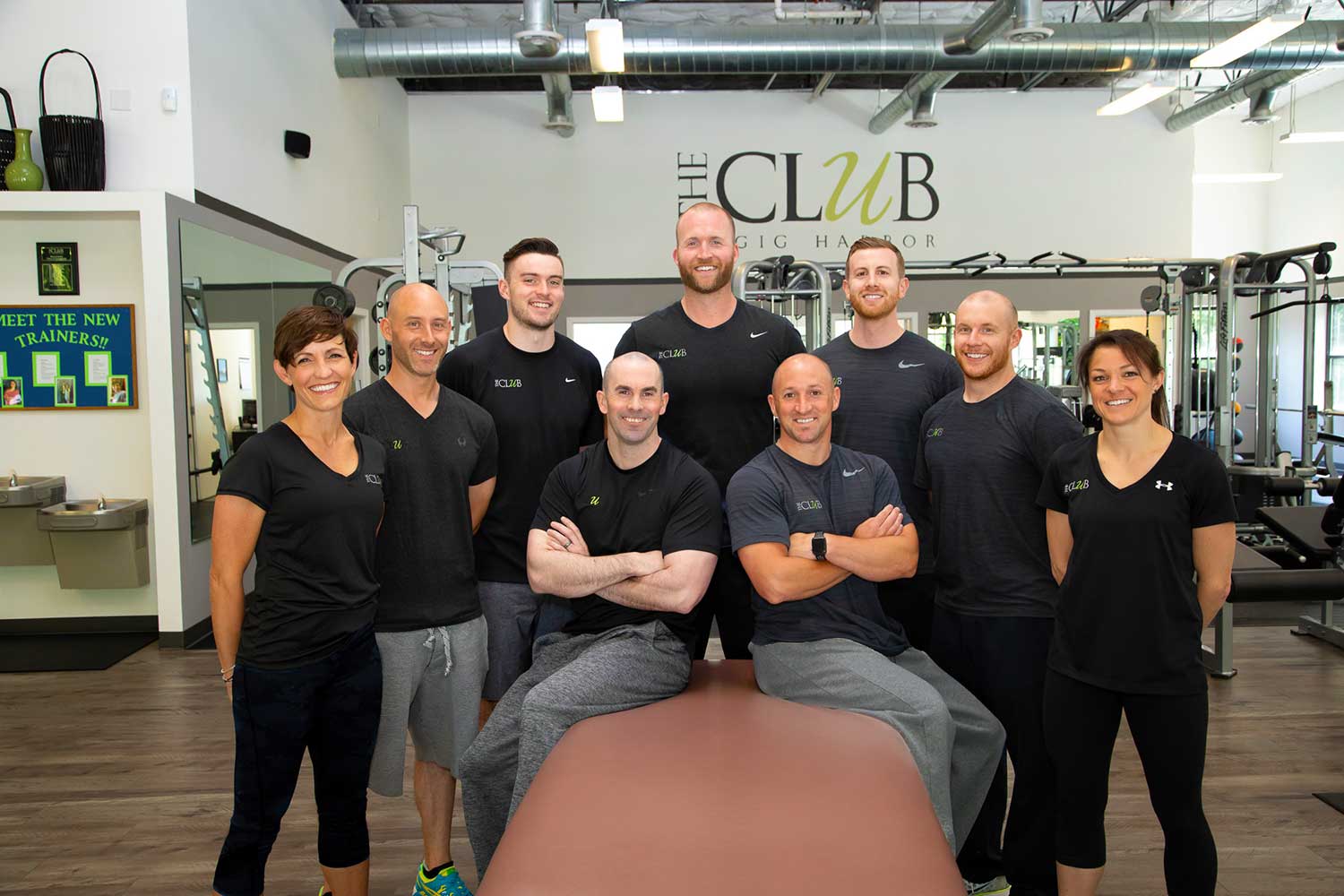 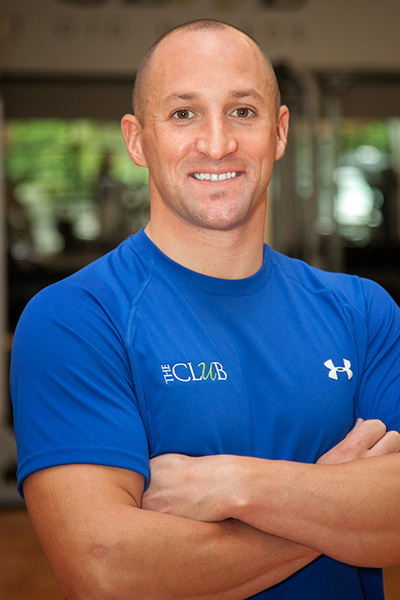 Gabe Merritt graduated from Whitworth University with a degree in Kinesiology. An ex-collegiate All-Northwest Conference football player, Gabe has a wealth of fitness knowledge and a passion for living an active life. After completing his degree, Gabe continued his education through the National Academy of Sports Medicine (NASM) and attained a national kickboxing certification. He has been nationally recognized as an Elite Performer for his personal training as well as his leadership and ability to revamp a declining personal training program.

After a successful start to his fitness career, he directed his focus, time, and energy to establish a place where people could receive custom, one-on-one fitness programs, designed specifically for their individual goals. And, thus The Club was formed. Gabe has already touched countless lives, not only with his personal training, but with his work ethic and zest for life. He is committed to the success of his clients and he works to inspire, motivate and hold them accountable so they are able to live life to the fullest. 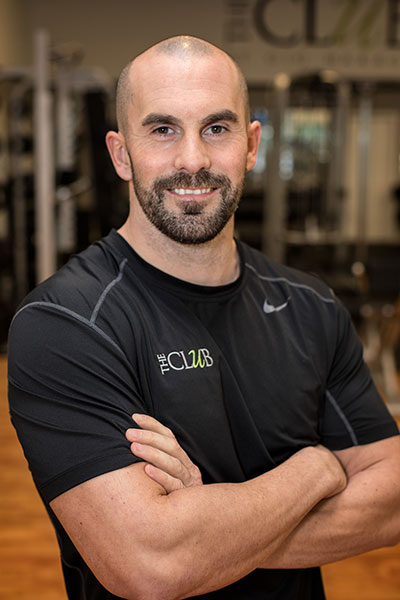 Jesse Boelk graduated from The University of Puget Sound with a degree in Exercise Science and is a Corrective Exercise Specialist (CES) and a Performance Enhancement Specialist (PES) with the National Academy of Sports Medicine (NASM). Jesse began his career as personal trainer in 2002 then advanced as a successful fitness manager and area fitness director. With the experience gained Jesse has developed an inclusive training approach to address the goals of clients of all ages and abilities. This approach utilizes the development and implementation of progressive programing to optimize results and ensure they are maintained. 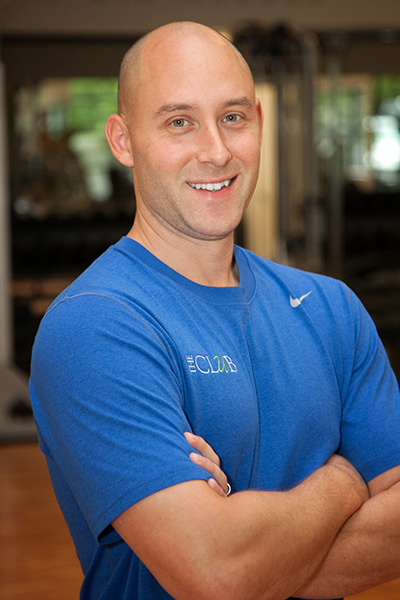 Ryan Haug brings an assortment of fitness knowledge and experience to The Club. A graduate of Central Washington University, Ryan has his B.S. in Exercise Science with a minor in Business. A former collegiate baseball player, Ryan even managed to take his shot in the minor leagues, playing for the Tri-City Posse of the Western Baseball League (Independent A). He started training at The Club in 2007, where he was the first fitness trainer added to the staff. Ryan brought over 10 years of training experience to The Club when he started, and has filled prominent fitness positions as a Fitness Director and General Manager, overseeing and running fitness facilities. Ryan also holds a certification through the American College of Sports Medicine (ACSM). 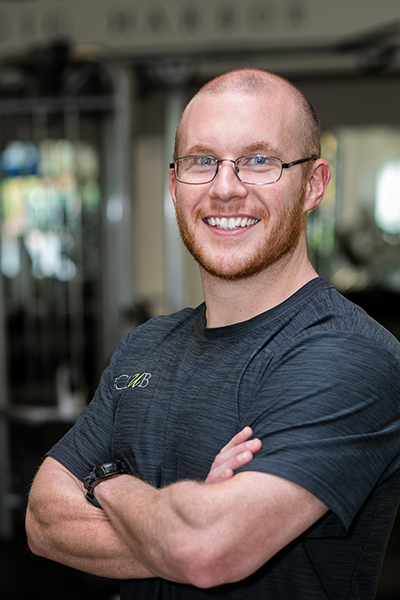 Meet Hap Brecht! A graduate from Virginia Tech with a B.S. in Human Nutrition, Foods, and Exercise, loves working with people of all ages and fitness levels, but has a passion for athletes and for lifting to increase strength. Hap has enjoyed pushing himself in powerlifting over the years, which helps him motivate his young athletes from a personal level. After graduating, he became a graduate assistant for Virginia Tech and earned a master’s degree in Educational Psychology. He became a Certified Strength and Conditioning Specialist through National Strength and Conditioning Association, and also holds a certification in functional movement screening. After leaving the state of Washington at a young age, he decided to return back to Tacoma in early 2017 to reunite with a large part of his family who still lived here in the Pacific Northwest. Hap joined our team shortly after moving back here from Virginia. 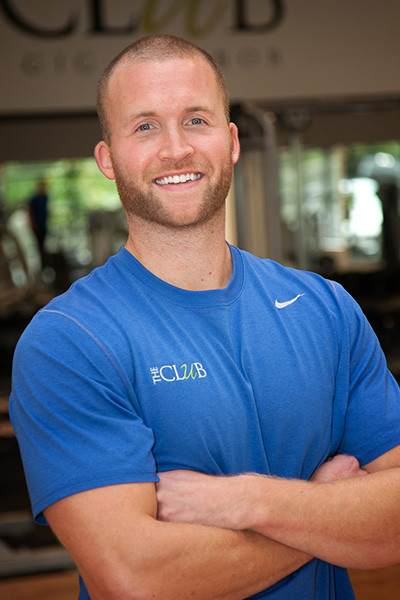 Zack McVey, a graduate of the University of Puget Sound majored in Political Economy and minored in Business. As an ex-collegiate basketball player, Zack has always held a passion for hard work, fitness, and helping others strive to reach their body’s full potential. After attaining a certification through the National Academy of Sports Medicine and beginning his career at Gold’s Gym, Zack was quickly recognized for his motivating and up-tempo style by being promoted to head trainer. Zack joined The Club in 2009 and has quickly worked his way to being not only one of the best trainers at The Club, but also one of the best trainers in the Pacific Northwest. 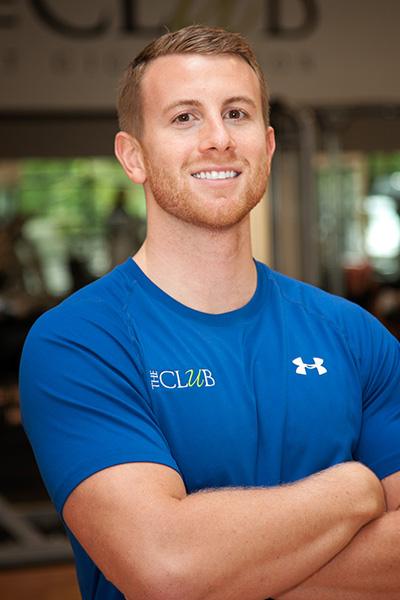 Steven Saner, a Kinesiology graduate of Western Washington University, comes with great experience in working with clients to improve their overall heath. His emphasis is on helping clients achieve both fitness and nutrition goals here at The Club. Steven began his career training at Gold’s Gym and went on to work as a Health Coach for a Bellevue based company called Health Ways. Steven currently holds his certification through American College of Sports Medicine. Using his unique background, Steven started here at The Club in 2012 to help members reach a healthy lifestyle and be able to maintain it. 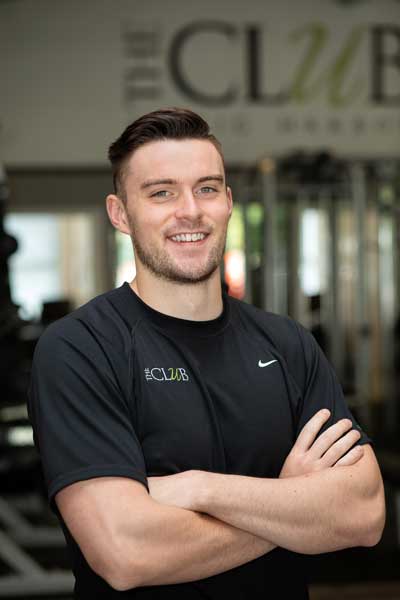 Nick graduated from Hamline University in St. Paul, Minnesota, earning a Bachelor's Degree in Exercise Science and joined The Club soon after. As a collegiate Basketball player (two-time captain) and collegiate Track & Field athlete, Nick developed a drive to attain and understand peak performance both physically and mentally through exercise and training. Nick worked closely as Research Assistant/Lead Trainer in a research study examining the physical and cognitive effects of high-intensity and Jiu-Jitsu training in Law Enforcement Officers, which is to be published by the American College of Sports Medicine (ACSM) in 2019. He also worked as an assistant in the Strength and Conditioning program at Hamline, working with several men's and women's athletic programs. He is certified by the National Strength and Conditioning Association as a Certified Personal Trainer (NSCA-CPT). Nick has a passion for physical and mental fitness, overall health, and interpersonal relationships and is dedicated to provide clients at The Club with the ability to achieve their goals toward optimal human performance. 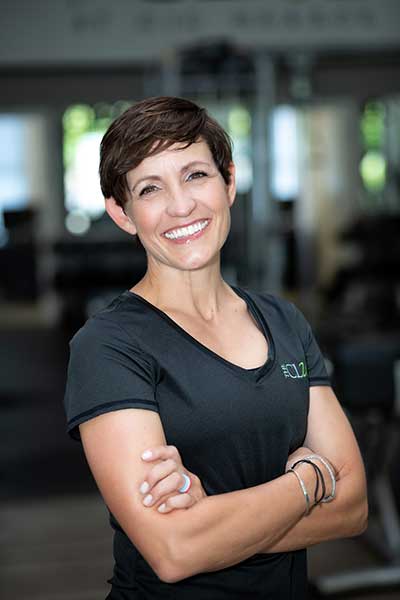 Laura has a Bachelor's Degree in Human Biology with an emphasis in Bio Mechanics and Kinesiology from the University of Nebraska. At a young age Laura was invested in gymnastics and competed for Brigham Young University until an ACL injury ended her career. She is certified through American College of Sports Medicine (ASCM) and earned certifications from Focus on Fitness in Oklahoma City, OK and the Cooper Institute in Dallas, TX. She also is certified in prenatal fitness, group fitness, and spin. She specializes in sport specific training and injury rehabilitation. 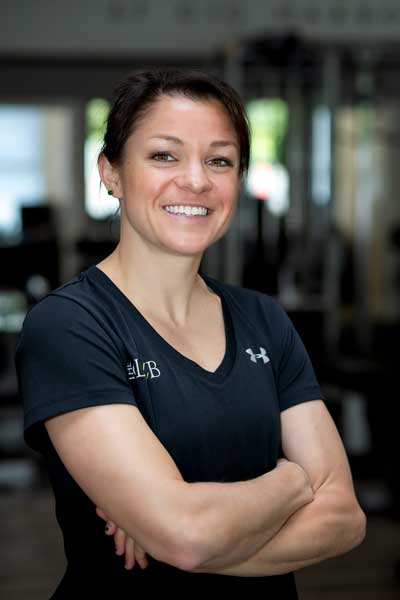 Jillian graduated from University of Missouri with a Bachelor’s Degree in Nutrition and Fitness. She is certified through American College of Sports Medicine (ACSM) and Level 2 certified TRX instructor. She has truly dedicated her life to health and fitness. Jillian grew up swimming with a club team and running in high school and was able to earn a scholarship to run track and cross country at the University of Missouri. After graduating she continued her athletic career as a triathlete and worked as a personal trainer in St. Louis. She received her Pro-Card in ’07 and decided to put her career on hold as a personal trainer and focus on being a professional triathlete. She traveled the world while competing in Olympic Distance Triathlons and living at the Olympic Training Center. She is now digging into her career as a trainer along with still competing and currently works as a guide for a visually impaired triathlete. 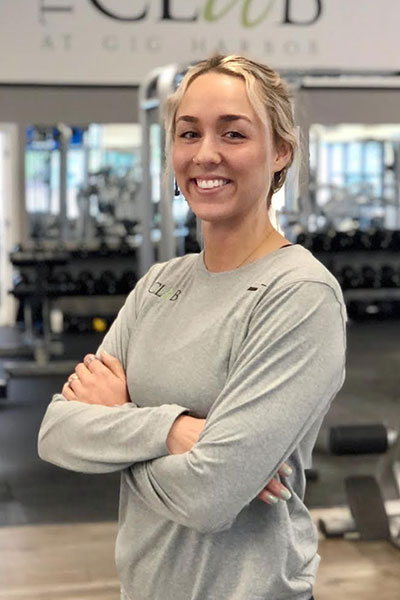 Miranda graduated from Western Washington University with a Bachelor’s Degree in Kinesiology. She grew up playing many sports, but excelled the most in soccer, playing goalkeeper for the Western Washington UniversityVikings from 2012-2016. Collegiate soccer introduced her to the weight room where she developed a passion for strength training and further explored her interest in movement and the human body through her studies. Miranda landed her first position as a strength and conditioning coach with Engineered Sports in Everett, WA after graduation. Although she has a lot of experience working with athletes, she also has a passion for teaching women how to be confident and comfortable with strength training. Miranda landed her first official job as a fitness trainer in the spring of 2019 and has expanded her knowledge with a corrective exercise specialist certification through NASM. Miranda is now looking to help athlete and non-athletes alike to find their own passion in strength training and to help everyone create and reach their goals.